How Much Does An ADU Cost In California?

How Much Does An ADU Cost In Temecula, Murrieta, Menifee, Lake Elsinore California?

How Much Does An ADU Cost In Temecula?

California has made it pretty clear that almost anyone who owns a single-family residence is allowed to build an ADU (Accessory Dwelling Unit) or JR ADU (ADU Built within an existing space like a garage) on their property.  However, there are a few things you will need to do before getting started. The first step is to check with your local municipality to see what the specific requirements are. These will vary from place to place, but in general, you will need to get a permit and have your plans approved before starting construction.

The next step is to start collecting estimates from contractors. The cost of an ADU will vary depending on the size and complexity of the project, but you can expect to pay anywhere from $100,000 to $200,000 for a basic unit. If you want something more luxurious, or if you live in a high environmental impact location like the San Francisco Bay Area, you could end up spending closer to $300,000.

Of course, these are just estimates. The final cost will depend on a myriad of factors, including the materials you use, the contractor you hire, and any unexpected costs that come up along the way.

There are factors that, in the end, only the city can tell you how they will impact the cost and associated fees for your specific ADU. The potential fees for things like a Development Agreement have fees ranging from $1000 to $54,000 depending on what you plan to add in square feet or what you plan to simply modify into an ADU like your garage.

If you’re thinking about building an ADU, the first step is to do your research and make sure you understand the process and the costs involved. Once you’ve done that, you can start collecting estimates and planning your project. With a little bit of effort, you can turn your dream of owning an ADU into a reality. 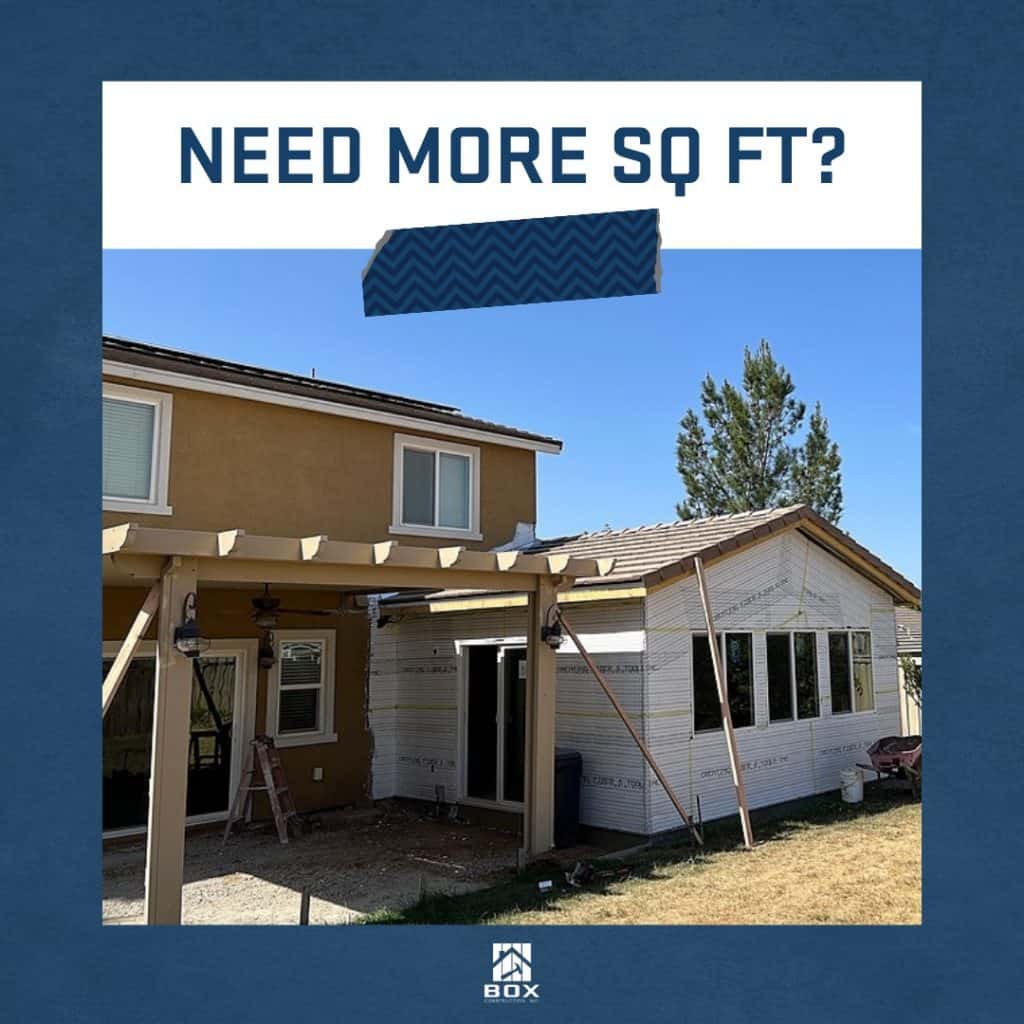 What Constitutes An ADU in Temecula?

While every city code is a little different, they all adhere to California Guidelines regulating ADUs.

An ADU must have a separate entrance from the primary house

Off-street parking is not generally required

The maximum size for an ADU is 1200 square feet or 50% of the existing living area, whichever is less.

There are no height limits

Setbacks are the same as the primary dwelling

An HOA may not prohibit the construction of an ADU

The Accessory Dwelling Unit Handbook by the California Department of Housing And Community Development says this:

ADUs tend to be significantly less expensive to build and offer benefits that address common development barriers such as affordability and environmental quality. Because ADUs must be built on lots with existing or proposed housing, they do not require paying for new land, dedicated parking or other costly infrastructure required to build a new single-family home. Because they are contained inside existing single-family homes, JADUs require relatively modest renovations and are much more affordable to complete. ADUs are often built with cost-effective one or two-story wood frames, which are also cheaper than other new homes. Additionally, prefabricated ADUs can be directly purchased and save much of the time and money that comes with new construction. ADUs can provide as much living space as apartments and condominiums and work well for couples, small families, friends, young people, and seniors.

The cost of building an ADU varies depending on the city you’re in, and also the contractor you use.

The Approval Process For An ADU Can’t Be Ignored

One of the most important things to keep in mind when budgeting for your ADU is that the cost of construction is just one part of the equation. There are also other costs to consider, such as permits, impact fees, and utility hookups. These costs can vary widely from city to city, so it’s important to do your research and find out what they are in your area.

In some cases, the cost of these additional items can be higher than the cost of construction itself. For example, in San Francisco, the average cost of permits and impact fees is around $30,000. This means that in some cases, the total cost of an ADU can be as much as $230,000 or even higher.

While the cost of building an ADU can be high, there are also a number of ways to save money. One way to save money is to build your ADU yourself. This can be a great option if you’re very skilled and have considerable experience with construction. Building your ADU yourself can save you a significant amount of money, but it’s important to make sure you understand the process and are up for the challenge.

First, ADUs/JADUs must be within the existing habitable space of an existing single-family residence. A primary requirement is cooking areas that allow for independent living is required. Considerations from necessary grading of land to whether your property has a septic tank factor in as well.

You can find the requirements for ADUs/JADUs in Chapter 17.23 and Chapter 17.06.070 of the Temecula Municipal Code. Temecula does not allow any short-term rentals like AirBnBs including ADUs/JADUs.

Second, the City of Temecula requires a Site Development Permit (SDP) for all new construction, which includes ADUs/JADUs. The SDP process helps to ensure that your proposed project meets all city regulations and requirements.

The Covenant, Planning and Permit process for Temecula and any SoCal city is a labyrinth of interdependent rules, regulations, environmental impact considerations, and of course, permit fees and inspections. Prepare for the worst and hope for the best. In the end, it is certainly worth the investment of time and resources to build an ADU but do expect some bureaucratic red tape and administrative headwinds in this undertaking. This is why it’s the right time, right now to contact us at Box Construction, Inc. if you’re ready to take on this project. We have the experience you’ll always need when dealing with the murky depths of municipal oversight for your ADU addition. 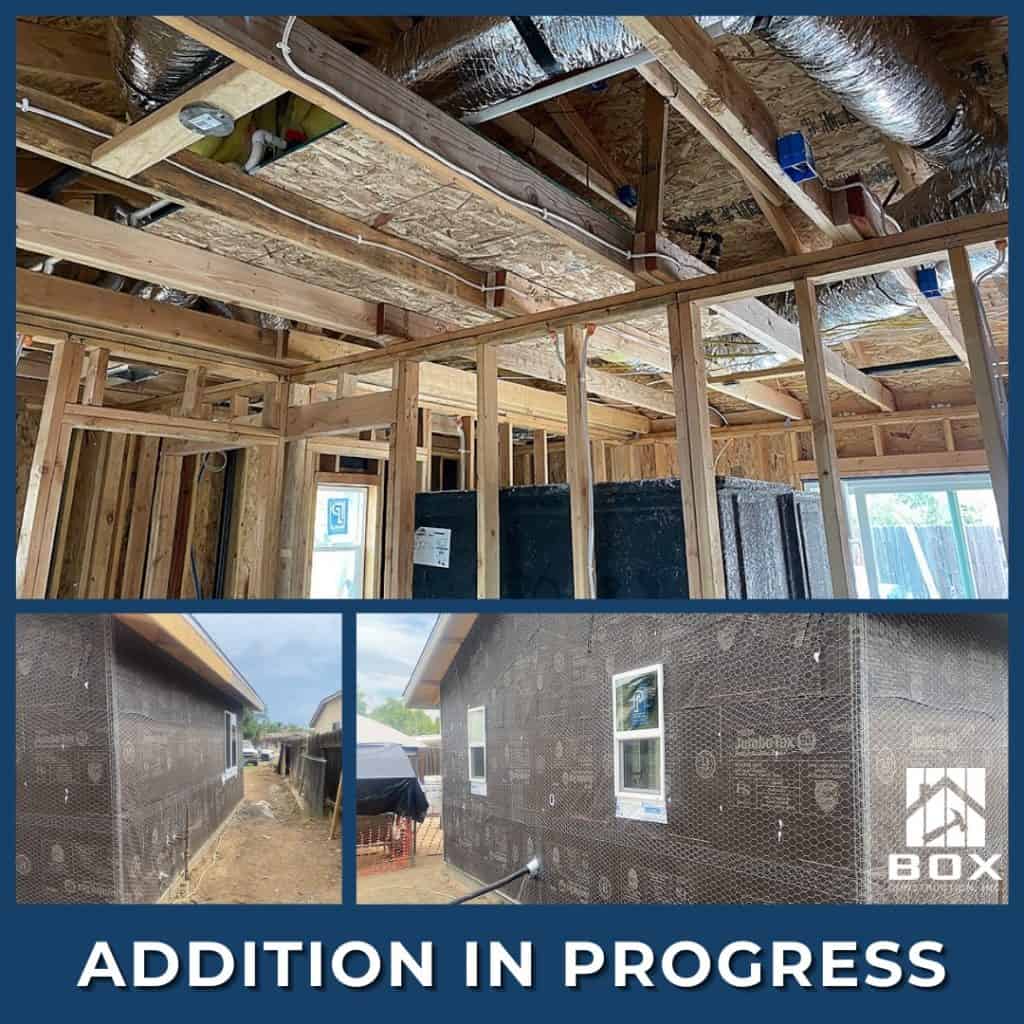 This is typical communication from the city hall near you for adding an ADU: What does an ADU cost? The permit cost for an ADU/JADU depends on multiple factors. This includes:

Is the ADU/JADU a building permit only or planning application ADU/JADU? What is the size of the ADU/JADU? Building and Safety plan check and inspection fees, Fire Sprinkler fees (if applicable) Whether or not grading is required, as determined by the Public Works Department.

Let us at Box Construction, Inc. help you determine the cost of your ADU addition from the very beginning stages with a free consultation. We’ve been there many times dealing with Temecula area cities to get things done much more quickly for our clients. You can count on us!

Value Add Of An ADU